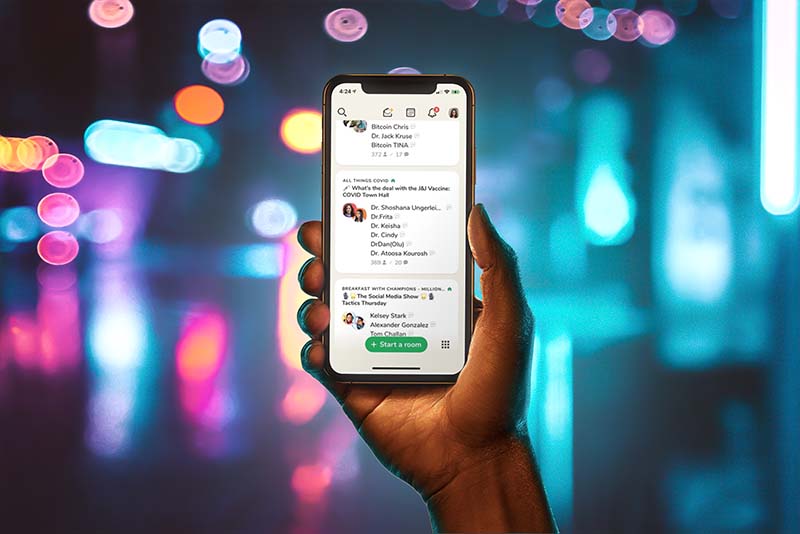 Executive Summary
Unlike most other social networks, which are built around pictures, videos, feeds, or text, the Clubhouse social app facilitates live connection through audio content. The goal is to listen and join in conversations. What makes Clubhouse unique (at the moment) is its hyper-focus on audio — no text comments, no video, no image sharing, and (currently) no in-app advertising. In this POV, we discuss the good, the bad, and the ugly of this social app, and how pharma can participate in this evolving space.

Like every social network, it requires users to create a profile with which to connect and engage with others. Like some social networks, it launched as an invite-only (and an Apple-only) app, likely to build intrigue and hype. But, unlike most other social networks, which are built around pictures, videos, feeds, or text, Clubhouse facilitates live connection through audio content. The goal is to listen and join in conversations.

What sets Clubhouse apart is its hyper-focus on audio.

Essentially, Clubhouse crosses the long-form audio knowledge sharing of a podcast with the engagement of a Reddit AMA (ask me anything) — or perhaps like a conference presentation mixed with a conference call. Anyone can start a conversation, here called a “room,” or join an existing room. A gain, this is all audio and no video. The other interesting element that makes this platform unique is that, like Snapchat, the content is ephemeral, so conversations are only live, and are not saved.

Clubhouse isn’t the only audio platform player. Many social platforms integrate audio functionality, and many audio platforms integrate social functionality. Discord, for instance, combines text messaging with voice and video, using VOIP (Voice Over Internet protocol) to translate chat into text with the slogan, “Your place to talk.” Marco Polo gives users the ability to video chat asynchronously. Twitter has added voice tweets, as well as Twitter Spaces, its version of Clubhouse, to its platform. Facebook is on track to do the same, and LinkedIn has confirmed that they are creating a Clubhouse-like app. Spotify, largely a digital music platform, offers users the ability to connect and see what friends are listening to — and it’s working on its own Clubhouse clone. Slack’s is in the works, as well.

But what sets Clubhouse apart is its hyper-focus on audio. Apart from the listings of rooms, and the icons of the users once you’re in one, there’s very little on Clubhouse to see: no text comments, no video, no image sharing, and (currently) no in-app advertising. It’s all about the audio. What does this rise of audio in social tell us, and what does it mean for pharma? Let’s discuss.

About Clubhouse
So: Why Clubhouse? Why audio? Why now? Well, more than a year into a pandemic, isolation is taking its toll on the world’s psyche. Humans aren’t built for this type of solitude at scale. As reporter Tanya Basu wrote in an MIT Technology Review article titled, “The future of social networks might be audio,” “The intimacy of voice makes audio social media that much more appealing in the age of social distancing and isolation.”

Clubhouse works to fill that void by connecting like-minded users — occasionally celebrities, most often not — voicing their passions, pain, accomplishments, or visions. Let’s start with a look at the good, the bad, and the ugly.

The Good
Maybe this is what we need now. Any opportunity to connect with others, because it has been so limited, feels exhilarating. The type s of conversations had pre-pandemic at the barber shop, gym, bar, spin class, mommy-and-me, water cooler — these are some of the conversations happening on Clubhouse. The app’s strong suit lies in connecting people. For this reason, VCs have flocked to it. Social media, the influencer economy, and entrepreneurship, are likely the three biggest topics of conversation on the app. Also mixed in is a major dose of self-affirmation. That said, there is a modicum of positive conversation around elevating minority businesses, promoting equality in the workforce, and expanding opportunities for the LGBTQ+ community. As somebody on the platform said, “the audience feels like co-creators in the brand’s story,” which is probably why people have taken such an interest so quickly, and why they feel as invested as they do … for now.

A potentially positive use case is the opportunity for patients to connect with one another. Millions of people in the United States and hundreds of millions of people globally are suffering from some sort of illness or disease. 133 million Americans have a chronic, incurable disease, according to the National Health Council. One way patients cope with chronic conditions is to talk to one another. Being able to share an experience with someone who is going through the same thing can be life changing. It can completely elevate someone’s mindset, or even lift them out of a depression. A barrier for patients on Clubhouse is the fact that you need to disclose your first and last name. The platform wasn’t built for anonymity. For this to feel comfortable for many patients, there would need to be a way to talk anonymously.

Lastly, Clubhouse is inarguably innovative. It weaves concepts from a variety of popular concepts (i.e., podcasts, AMA, influencers) into an experience that feels exclusive and timely. Clubhouse is very much a product of the moment, though sustainability may prove elusive.

The Bad
When you join and choose your interests, the rooms you find may prove … disappointing. It’s easy to find a lot of navel-gazing, and a lot of rooms with names like ‘Was Ist Wichtig Im Social Media Marketing’, ‘The Social Media Show All Day Q&A’, and ‘How to Start and Host a Dope Room on Clubhouse’.

There’s nothing wrong with wannabe influencers, social media experts, and entrepreneurs getting together in one place, especially when a pause on in-person events means they missed SXSW. But within 45 minutes in one room, I heard the following repeated like cultish mantras: “knowledge bombs” (nine times), “authentic” (21), “I see you” (52).

The moderators didn’t seem to have any meaningful credibility, but they were positioning themselves as arbiters of entrepreneurship, social media, and influencer marketing. They spoke in the broadest of platitudes, saying things like, “you need to know yourself to know success” or “listening is understanding what you heard.” (The latter gem was a total non sequitur, as the previous commenter had inquired about tips on pitching investors.) Still: is it so bad to have a place where we might find more aspiration than accomplishment?

The app can support hundreds or even thousands of people in a room. This often looks like a panel of so-called expert moderators leading the conversation as a conga line of people raise their hands to participate (something you do by clicking the hand icon in the bottom right). As the self-aggrandizement and bloviating of one person bled into another, I began to feel as if I were listening to a melodramatic reality show crossed with a call-in radio show.

What’s more, there didn’t seem to be any real discourse. No point and counterpoint. No affirmative and negative. Even a room titled ‘How to Debate A Conspiracy Theorist’ didn’t seem to offer any deeper insight beyond “have an exit strategy.”

The Ugly
A variety of issues with Clubhouse may prove to be problematic.

Obviously, an audio-only medium remains inaccessible to the deaf/hard of hearing community, and to any others who can’t or don’t want to use sound on their device. It’s a limitation to consider, but certainly not a reason to avoid the platform.

Currently, Clubhouse is only available on iOS, though the Android app is planned to launch in May 2021.

More concerning: content moderation is proving to be a challenge on Clubhouse — as it is for any audio platform and any live stream. As Technology Review put it, “the very democratization that makes audio attractive creates a nightmare in moderation.” Antivaxxers have been harassing doctors — particularly Black doctors — who have been using Clubhouse to encourage people to get the COVID-19 vaccine, according to Business Insider. And “influencers” who tout misinformation are (as with any other social platforms) easy to find.

Privacy issues have also raised eyebrows, particularly in France and Germany, where privacy regulators are investigating the company (Clubhouse is a product of San Francisco-based Alpha Exploration Co.). The privacy concerns include the way the app uses data from users’ address books, and whether Clubhouse actually does record some or all of the audio that is supposed to be live-only. There is also the fact that its privacy policy is only available in English. (Oman, Jordan, and China have banned it entirely, but those actions appear to be more about licensing and censorship and less about privacy, specifically).

Pharma brands need to think about how they, too, can talk and listen.

In Conclusion: What Does It Mean for Pharma
So: is Clubhouse a space for biopharma? Or … could it be? According to Stat News, biotech investors like Chris Garabedian and Brand Loncar have held conversations with hundreds of people (What do we call them? Listeners? Clubhousers? Roommates?), and venture capital firm a16z used Clubhouse to host more than 1,200 people in events during the week of the spring 2021 JP Morgan conference. So it’s certainly being explored by biopharma — or, at least, our investment community.

As The Verge put it, “The thrill of Clubhouse right now is … you can watch people try to figure out what the hell Clubhouse is in real time.” Its main draw at present is its hype and novelty. Clubhouse is great if you like motivational speakers, self-promoters, and affirmations. Few places offer a sea of saccharinity as boundless. However, if you’re coming for anything else, you might leave dissatisfied.

Perhaps it’s better to zoom out a little. Clubhouse is valued at $4B, according to Bloomberg. (And Discord is reported to be for sale for $10B, with interested parties including Microsoft.) Many of us use or engage with audio throughout the day, if we take into consideration voice assistants like Alexa, Google, and Siri, as well as audio platforms like Clubhouse.

The intimacy of spoken conversation feels different than typing, and its immediacy adds to the sense of presence. You can’t pause, replay, reread, or come back to live conversations, and you can’t edit what you said.

Clubhouse is an app designed to facilitate open communication in a world repressed by a pandemic. So far, 10 million people are talking, and I’m not convinced anyone is listening. But audio as a medium is a different story.

FiercePharma and PharmExec recently agreed. Pharma brands need to begin to think about how they, too, can talk and listen. Who would your voice sound like? What would your sonic brand (the short sound that identifies a brand, like the NBC chimes or the Green Giant’s “ho-sho-ho”) be?

Visual branding is old hat, and we’ve been grappling with how to interact on text-based digital platforms for decades. But audio branding and interaction is a new world, and one it’s time to explore — inside the Clubhouse, or out of it. 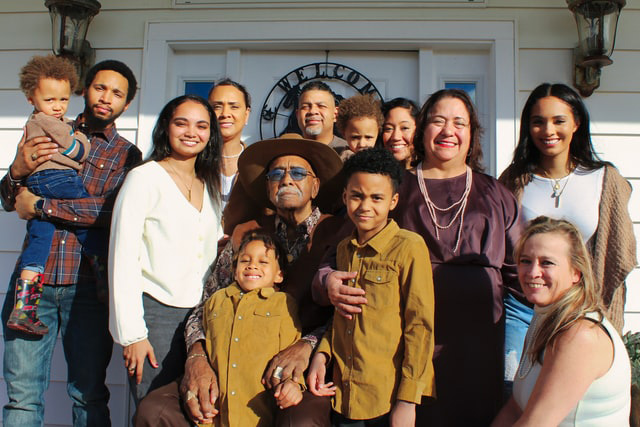 Level Up Your Brand’s Approach to Hispanic Audiences

There’s a spectrum of audiences to whom pharma communications need to appeal, and it’s the right time to reflect our society’s sophisticated diversity. 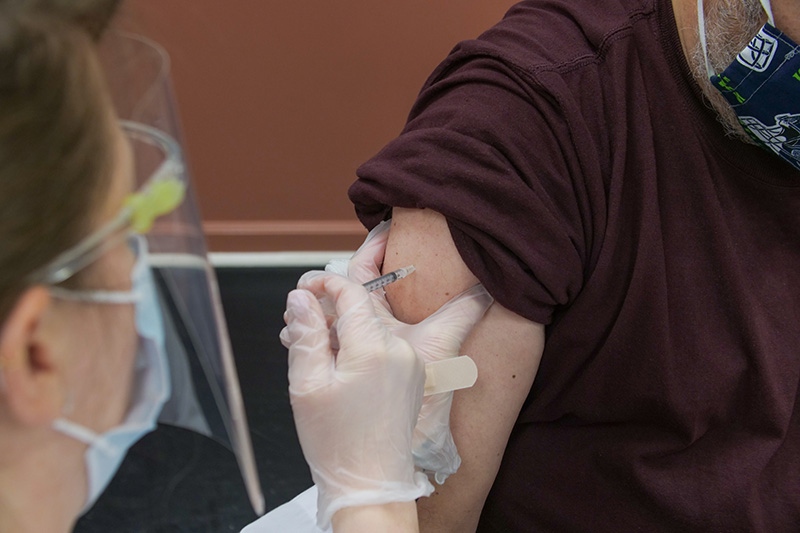 The Now & The Next in Pharma Marketing

COVID-19 has forced the pharma industry to pivot, and we’ve learned a lot about ourselves and our audiences. Our latest whitepaper features new insights, practical solutions and proven tactics to implement now to evolve your commercial strategy.