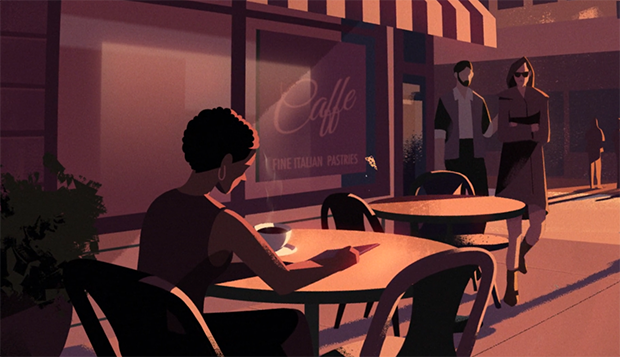 Plaque psoriasis is a chronic autoimmune condition that affects approximately 6.7 million U.S. adults, and almost 80% of patients who have it present with mild to moderate severity. It appears on the skin as patches of thick, red, scaly skin. It’s also painful and itchy, and frankly, something that makes those who have it want to hide themselves away when flare-ups appear. There’s no cure for plaque psoriasis yet, but that doesn’t mean there won’t be.

In the spirit of hope, and in honor of World Psoriasis Day — which is today — Intouch creatives Sara Blank, Diana Krulik Bentzen, Chris Vallesky, Ron Larson, Ivan Blotta, and British Randle, led by executive director of craft, Nicholas Capanear and chief creative officer Susan Perlbachs, created a beautifully quiet, animated film for Psoriasis Cure Now, a patient-run organization launched in 2005 to “increase research funding for psoriasis and psoriatic arthritis, to educate opinion leaders and the general public about the seriousness of psoriatic disease, and to inspire and support patients and their loved ones to live their best lives despite psoriasis.”

The film, The Last Plaque, envisions a day when plaque psoriasis is eliminated, freeing sufferers to get back to the lives they’ve been missing. Accompanied by soothing music, several vignettes show psoriasis sufferers uncomfortably moving through everyday situations many of us take for granted — shopping for a bathing suit, hanging out by the pool, taking a yoga class — until the last plaque leaves. You can learn more about plaque psoriasis and check out the film here.

The One Show is among the oldest, most respected advertising award competitions in the world. Read on to find out which categories Intouch work has been nominated for.

On Rare Disease Day, a Call for Fierceness

Today is Rare Disease Day, and we’re spotlighting Duchenne muscular dystrophy, a genetic disorder that gradually weakens the body’s muscles. Learn about Duchenne and how Intouch challenged patients and those who love them to get fierce against this fatal disease.

When you get a bunch of creatives (and one strategic planner) “in a room together,” will there be quick consensus? Turns out yes. Find out what won hearts and turned off minds from the 2022 Super Bowl ads.